“Technology is the light that will cut through the darkness”

Here are some of my thoughts on Insomniac’s Spider-Man. ~Spoilers~

It’s interesting seeing the progression that has been made from the original PlayStation’s Spider-Man game, one of my personal favourites on that system, and one that, like 2018’s Spider-Man, is full of Easter eggs, suits, and references true to the source material. 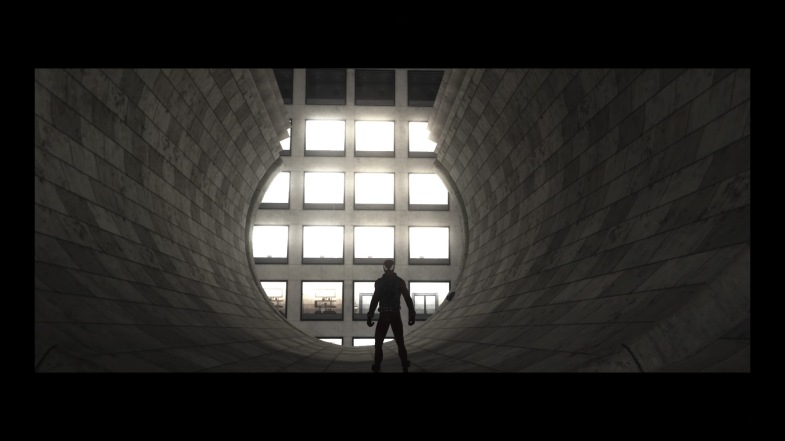 550 Madison Avenue, or ‘Sony Tower’, which also featured in the original game. I knew I recognised this one.

Spider-Man’s combat is a rhythmic dance, all about ducking, diving and dodging at the right time. You get better at it as you go on, and it never gets boring. My favourite suit ability was the electric punches: by immobilising multiple enemies you then have room to play around and experiment, having fun with the different gadgets.

The way the game starts with a new equilibrium, the catching of crime catalyst and figurehead Wilson Fisk, is how it avoids the tired origin story. A moment that triggers a ripple effect throughout Manhattan, eventually doing more harm than good, it reminds me of the Guardians of the Galaxy game from Telltale, and how that game began with you catching and defeating Thanos. Throwing you into a world that’s lived in, with heroes at the height of their powers, is refreshing and respectful to players already familiar with the source material, at any level. We already know who Spider-man is, in the same way that we know the X button jumps. 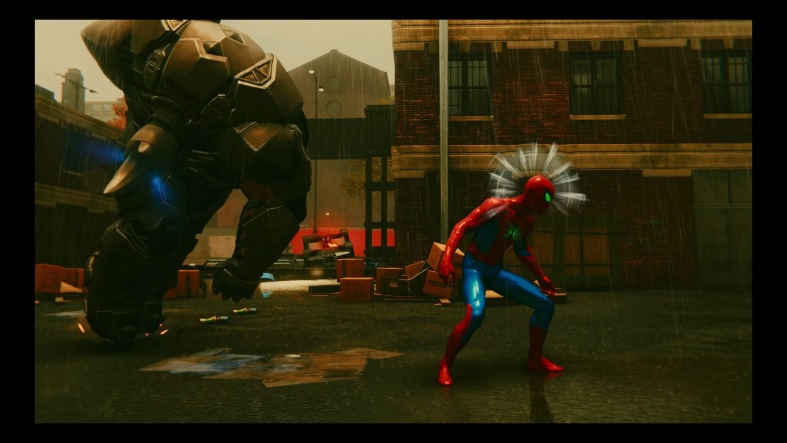 Apologies for the shite quality, I didn’t realise you could save screenshots in a higher res until after I’d platinumed the game.

Despite this (meaning I’m about to contradict myself ), any desires for an origin story are quenched with the tragic beginnings of Miles Morales, and seeing Peter becoming a father figure to Miles sets the universe that Insomniac have planned up well. I already want to know what is going on in this universe, how Peter’s relationship with Miles as a mentor and partner will flesh out, and how other things differ from what we are used to.

Similarly, in a mirror from the friendship between Miles and Peter, Otto and Peter share a similar dynamic. Whilst Miles grows from the loss of his father, Otto is on a downward spiral throughout. Despite good intentions for both parties, Pete ends up becoming the reason for Miles’ success and subsequently the reason for Otto’s downfall, a toxic keystone who’s loyal friendship comes at the cost of great loss. WITH GREAT POWER COMES GREAT RESPONSIBILITY GET IT. 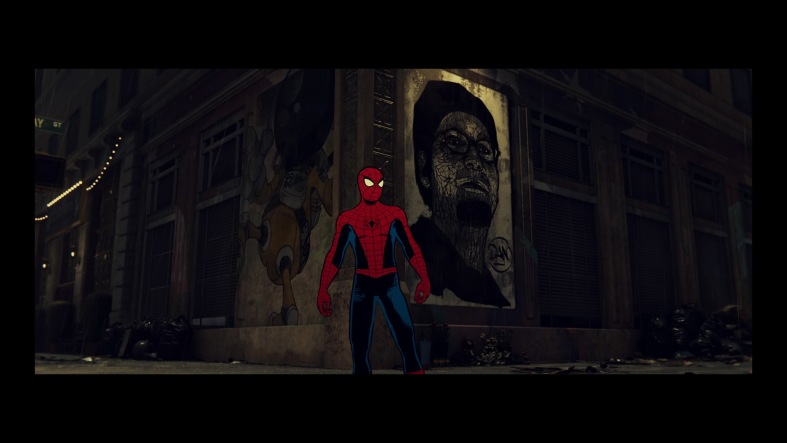 Octavius is a character with understandable motivations. Peter’s anger (specifically in the poignant final scene) at the sense of betrayal is a conflict between not just Spidey and Doc Ock, but the family bond they share. Otto’s motivations regarding his degrading health is humanising, and Peter’s frustration, to me, stems from empathy. ~I don’t know if this makes any sense but it sounded cool~

The Aunt May scene where Peter has the serum perfectly sums up the burden that Spider-Man has to bear as a hero, the same running theme throughout the game and the crux of the character as a whole. YEAH GET IT IT’S WITH GREAT POWER COMES GREAT RESPONSIBILITY. His immense powers and abilities are endless penance, every selfless act taking a toll on his personal life, and he’s never thanked. Must be pretty mentally taxing to be honest, but then again he can swing around the city and climb up walls so it’s swings (pun) and roundabouts isn’t it. 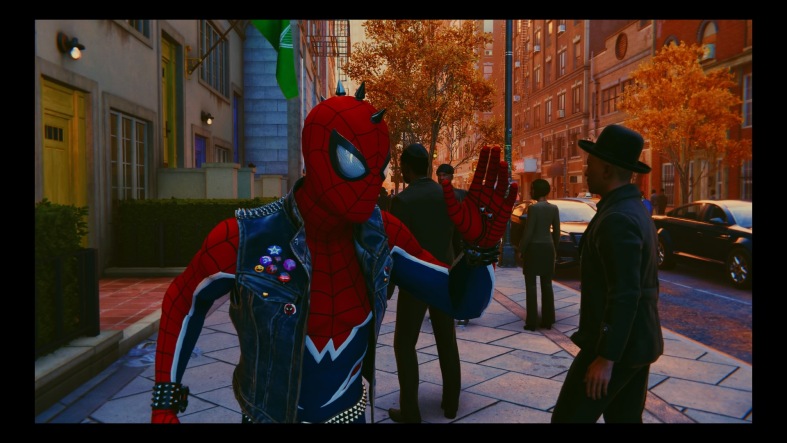 How do you do, fellow kids?

The game has some brilliant and immersive linear ‘walking’ segments that almost establish the game as multi-genre, and I felt a lot of adventure game vibes when interacting with different items within Norman Osborn’s apartment, for example. Completely optional, arbitrary and miscellaneous objects reveal new light on a fragmented story beat, back story or character. As Bryan Intihar says, playing as Miles or Mary Jane is a nice change of pace, and it’s good to be in the world without superhero powers for a change.

The decision at the end to have presumably Harry donning the Venom mantra rather than Eddie Brock is particularly exciting to me. It’s a fresh idea that gives the games their own identity.

Separation Anxiety: Symbiosis in the absence of the Symbiote

Insomniac’s New York is authentic and true, and yet it’s augmented in favour of the web-head. In the same way that Tony Hawk’s Underground 2 turns famous cities and landmarks into almost ubiquitously grind-able skate parks, every lamppost, sign and traffic light is a vantage point, a tool to continue momentum. The traversal in this game truly is a wonder, and it’s been said already a thousand times, but that’s because it’s true. I only hope that in the sequel we can do more tricks. Perhaps a McTwist off the Avengers tower? 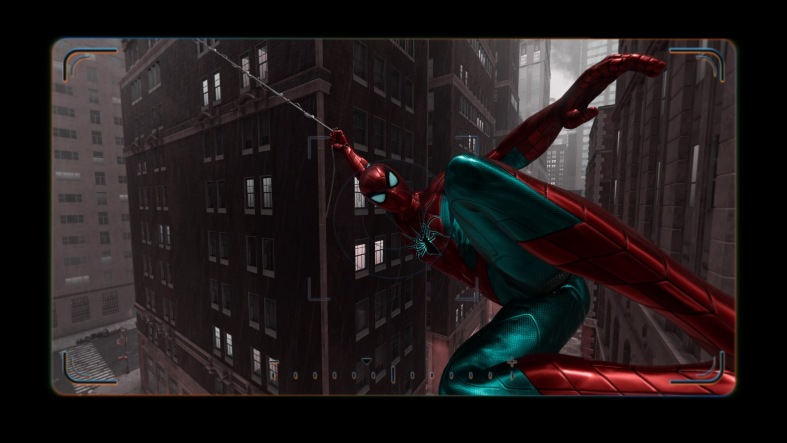 My favourite suit in the game. So shiny.

Parker, a now eight year-veteran of the red spandex, is the urban flaneur of the city, tapping into the beating heart of Manhattan through police reports and passive chatter from fans, both online and on the street. Never mind Venom, Parker shares a separate symbiotic relationship with the city itself, its streets and veins intrinsically linked into his brain. It’s this level of comfortability, the timeless visits to the nameless pizza-joints or near death experiences with past foes that make his traversal so effortless. Every crack in the pavement is history for Spider-Man, because he probably fucking created it by curb stomping a thug.

I found it particularly interesting that Insomniac included a bunch of real environmental messages in a game that is realistic, and yet so far obscured from reality. Fantasy stories based in real-world settings tend to depict the place as its own character, shown through a lens in a certain light and often simplified for the layman, sans-issues that are of no relevance to the story. Research stations scattered about Manhattan in Spider-Man provide not only a personality and legacy for Harry Osborn, a footprint of a character who is noticeably absent, but also gamification of issues such as water and air pollution, things that make the world again ‘lived-in’. 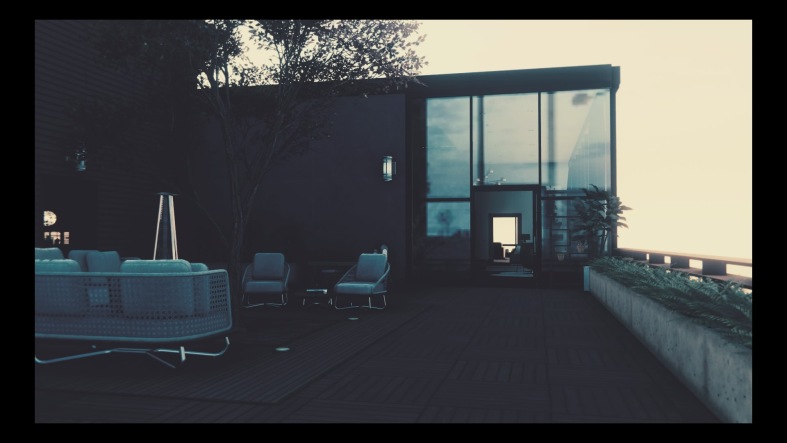 “Maybe I should make a green costume for earth day”

Interestingly this isn’t the first time Spidey has been up against a thick fog in a video game. Neversoft’s Spider-Man on PS1 used render fog and hardware limitations cleverly as a plot device, a thick pollution across New York unleashed by Doc Ock and Carnage to stop Pete from being able to traverse the city normally. Little did they know that Spider-man can swing from clouds in that game, their dense cumulus ceilings providing quite the aid in saving the day. Ever wondered how he can just fire his webs into the air in that game? There’s your answer. Thick clouds. THICK clouds mate.

~THE DLC IS REALLY GOOD TOO, GREAT EPISODIC STORY TELLING THAT I’M LOOKING FORWARD TO PLAYING MORE OF. I MIGHT UPDATE THIS MORE AS THE NEWER EPS COME OUT~

-Rest in peace Stan Lee, you’re a true believer. A legend that will be immortalised within the characters you created-

“Technology is the light that will cut through the darkness. When humanity conforms to a single truth, a truth based in technological progress and scientific method, they will be unstoppable”. 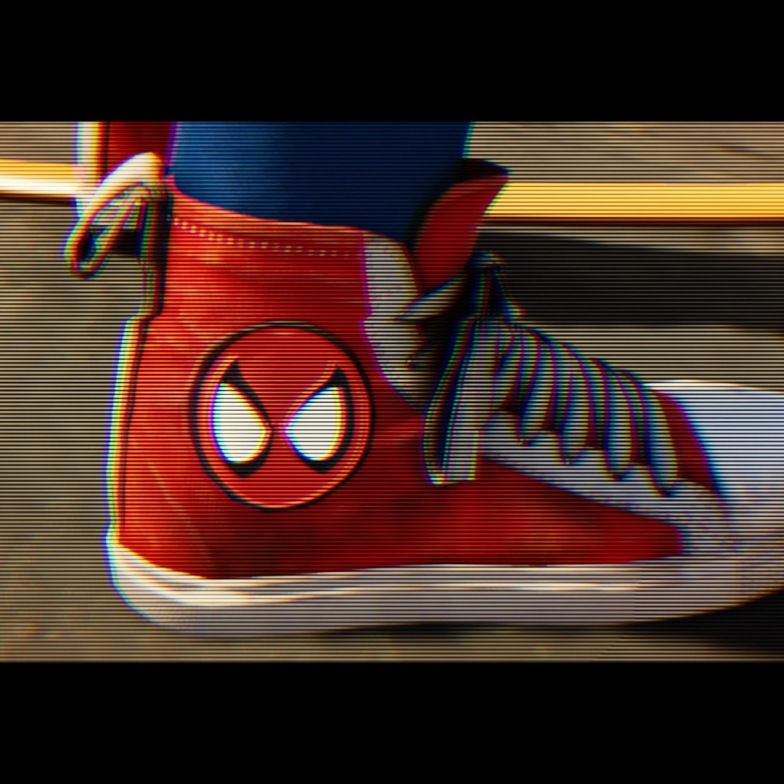 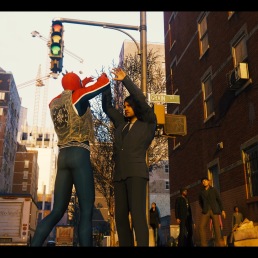 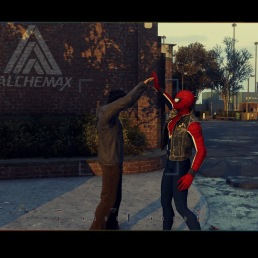 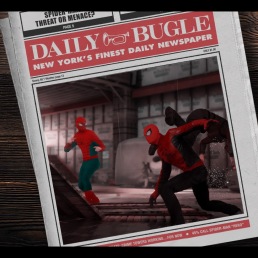 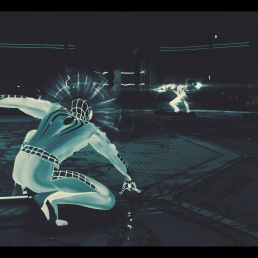 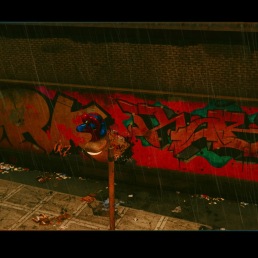 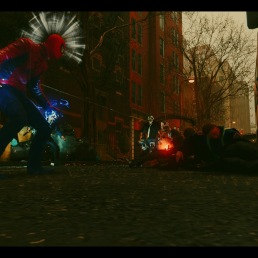 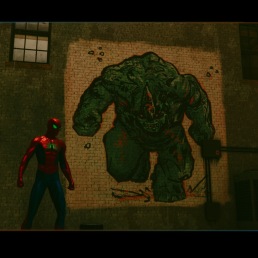 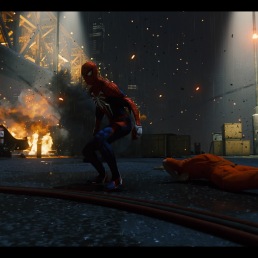 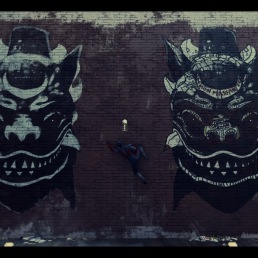 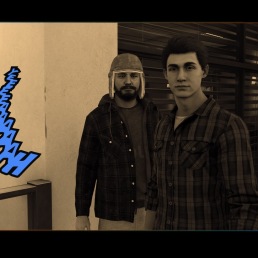 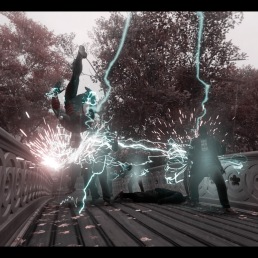 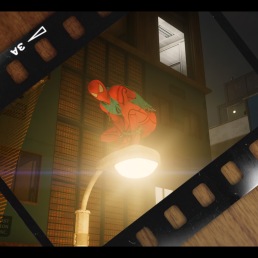 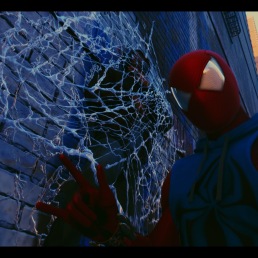 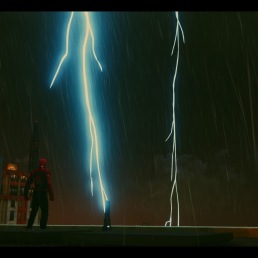